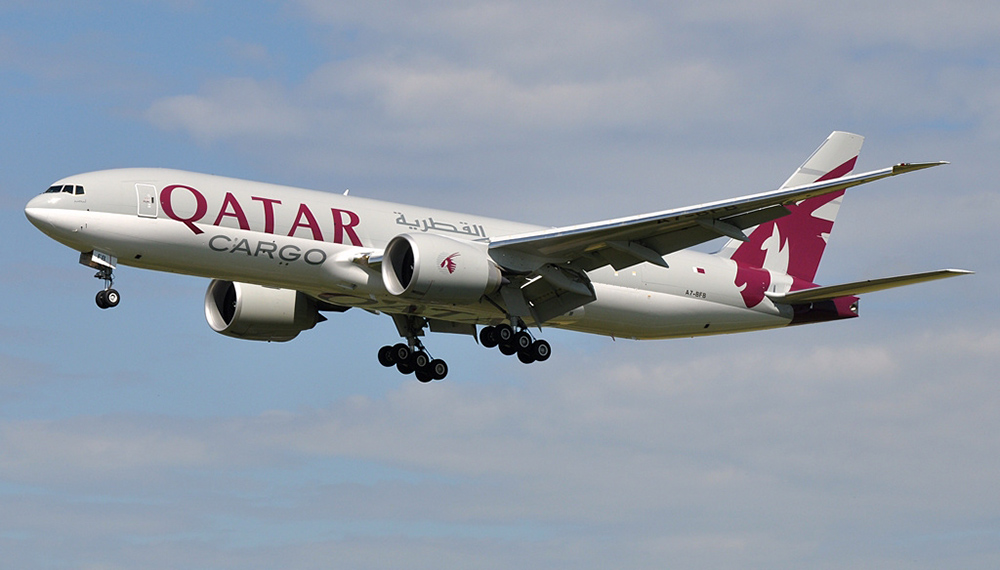 Boeing and Qatar Airways finalized an order for five 777 Freighters at the 2018 Farnborough International Airshow.

The deal, valued at $1.7 billion at current list prices, was announced as a commitment in April.

The announcement was attended by the State of Qatar’s Minister of Finance and Qatar Airways Chairman, His Excellency Ali Shareef Al Emadi.

“I am delighted to be further enhancing our cargo fleet and adding five Boeing 777 Freighter aircraft,” said Qatar Airways Group Chief Executive, His Excellency Mr. Akbar Al Baker. “In the past 15 years, Qatar Airways Cargo has grown steadily and globally, becoming the third largest in the world. We could not have achieved this success without our resilient relationship with Boeing.”

Qatar Airways, one of the world’s top cargo carriers, operates a fleet of 13 777 Freighters and two 747-8 Freighters. With this latest order, the airline is set to grow its Boeing Freighter fleet to more than 20 jets.

“We are proud that Qatar Airways recognizes the value of the 777 Freighter and continues to invest in this aircraft to serve its expanding freight operations,” said Boeing Commercial Airplanes President & CEO Kevin McAllister. “We continue to see a resurgence in the air cargo market and we are confident that Boeing’s industry-leading freighter family is well positioned to meet our customers’ requirements.”