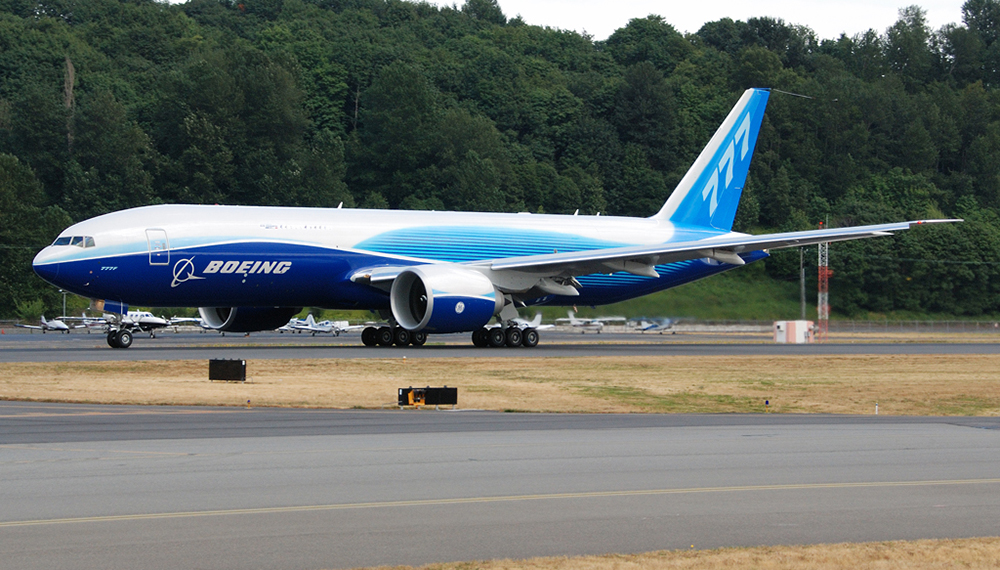 Boeing and All Nippon Airways (ANA) announced the Japanese carrier has placed a new order for two 777 Freighters valued at $678 million according to list prices.

While ANA is a major operator of the 777 passenger jet, it has grown its cargo operation with the medium-sized 767 Freighter. In adding the 777 Freighter – the world’s largest and longest range twin-engine cargo jet – ANA is expanding its cargo capabilities just as the air freight market keeps growing at historically high rates.

“Air cargo is an essential part of global trade growth,” said Hiroshi Sugiguchi, Vice President, Corporate Planning & Administration, ANA Cargo. “We are committed to playing a critical role in further advancing Japan’s economic growth through trade and these new freighter airplanes will help us accomplish our goal. ANA will ensure that our cargo operations reflect the five-star service that we have garnered over the past several years.”

ANA says it plans to fly its new 777 Freighters on international routes, particularly to Asia, China, and North America. With this order, ANA will become the first airline in Japan to operate 777 Freighters.

“We are honored that a world-class operator such as ANA has decided to grow their cargo business with the 777 Freighter,” said Ihssane Mounir, senior vice president of Commercial Sales & Marketing at The Boeing Company. “This order further validates the market leadership of the 777 Freighter and its outstanding range, payload capabilities, and reliability.”

Boeing is the air cargo market leader, providing over 90 percent of the dedicated freighter capacity around the world.